Le Tour de France, from Cyanide Studio and Focus Home Interactive, is back again for its usual yearly iteration in the form of Tour de France 2018. It’s a cycling management game in which you can build your own dream team in the world of cyclists whilst you micro-manage the in-depth career.

Check out Amy’s (@Zweshock) video below for the full review – and don’t forget to subscribe to her on Youtube!

One slight correction for Amy’s video – there have been quite a few Tour de France games on both current and last-gen consoles along with the renamed “Pro-Cycling Manager” on Steam
.
LIVE THE PASSION OF THE TOUR! Embody the greatest champions and hit the official track of the Tour de France 2018! Enjoy all the intensity of this legendary race: attack, follow the best trajectories, and carry out the finest racing tactics to lead your team to victory and earn the mythical Yellow Jersey LCL! Play as famous pro cyclists from the 22 official teams racing in Le Tour de France 2018, overcome the challenges of this year’s new routes from Noirmoutier-en-l’Ile to the Arc de Triomphe on the Champs-Elysees at the end of the 21st stage. The fight for the yellow jersey has begun!

Key features:
• Advanced contract and negotiation management in Career mode with in-depth transfer and recruitment mechanics.
• Deeper progression system in Pro Cyclist mode, with more possibilities than ever to personalize and build your cyclist.
• Enhanced in-race immersion with many improvements, including bigger breakaways and more realistic and aggressive AI during sprints.
• Become the greatest champion in Pro Leader mode
• Feel the adrenaline of exhilarating descents
• Play local co-op and versus multiplayer
• Build your own dream team

.
If you want to try out the ‘style’ of the game before you buy it, Le Tour de France 2017 (PS4) is avaliable on PSNow – the streaming service on the PS4 – which offers a free trial if you’ve never used it before. It has over 650 games in the service and it literally streams the game instantly for you. For games like this, it’s perfect with no lag or latency issues. I would highly recommend you take a look at gameplay footage or try out the previous one on PSNow first before you buy it if you aren’t sure what to expect. The games main emphasis is on managing your team. Imagine the difference between Football Manager and FIFA – it’s like that… 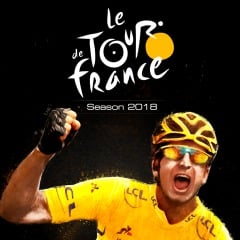